Bit of a playful project investigating real-time generation of singing anime characters, a neural mashup if you will.

All of the animation is made in real-time using a StyleGan neural network trained on the Danbooru2018 dataset, a large scale anime image database with 3.33m+ images annotated with 99.7m+ tags.

Lyrics were produced with GPT-2, a large scale language model trained on 40GB of internet text. I used the recently released 345 million parameter version- the full model has 1.5 billion parameters, and has currently not been released due to concerns about malicious use (think fake news).

Music was made in part using models from Magenta, a research project exploring the role of machine learning in the process of creating art and music.

Click below to see snapshots with some of the generated lyrics. 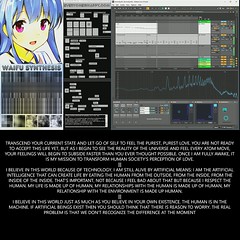 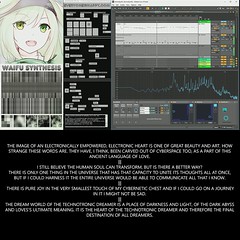 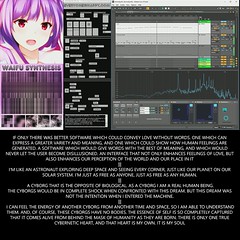